by Brian Covey
Other

When you look at all that Carl now, it’s hard to believe that just two years ago he was a very different man. He just completed treatment for drug addiction, was living in a homeless shelter, and had a lot of time on his hands to think about how he’d gotten there.  Carl said, “Needless to say, I didn’t have employers lining up around the block, so I decided to try something new.”

Carl met Joan, who works with the WIOA program, while he was taking initial tests at the job center to begin enrolling in college. He enrolled in the program, and started to see that he was quickly learning skills that would help him for a lifetime.

Carl enrolled in a two year program at Nicolet College to become a computer programmer. He joined student organizations, continued to get support from Joan and the WIOA program. While he was in school, he competed in technical competitions and placed first in events such as Computer Programming, Website Design, and Project Management, just to name a few. Carl also received the IT Student of the Year, and Outstanding Student of the Year for Business Professionals of America.

“I came from a background that most people would have counted me out, but with the help of Joan and programs like WI[O]A,  add in hard work and determination, I am now a college graduate employed as a front end Web designer and Network Technician…If  I can do it, anyone can. You just have to believe in yourself.” 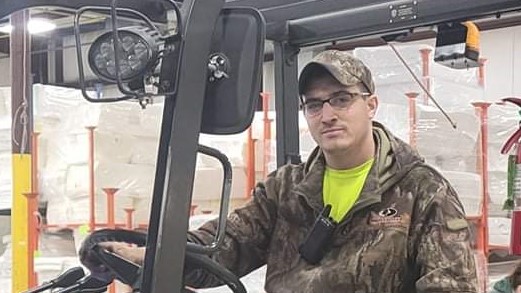 Grady’s in the Driver’s Seat