Tyson’s upbeat personality and drive to learn were a beacon of hope to his classmates throughout the TrANS program. Now that he’s graduated, Tyson’s shining like a spotlight of success!

Tyson had always wanted to enter construction, but he didn’t know how to get started. He had been working jobs from temp agencies but wanted a financially stable position with the flexibility to be a good father for his children. Once he learned about TrANS, he realized it was a once-in-a-lifetime chance that he had to grab by the horns, and he wanted others to grab it, too.

“Tyson understood that entering into the construction industry would be life-changing,” his instructor Lorie tells us. “He wanted to make sure that everyone in class would have the chance to make this change.” Tyson encouraged his classmates and challenged them to reach further. He organized study groups, tutored his classmates, and even provided rides to anyone who needed one.

“They all predicted that I would be the first to get a job,” he says. “It came true.” Within a week of graduation, Tyson was hired as quality control by Rock Road. He says this job means everything to him. “I am with a company that understands that I am a single parent and works with me. I feel so comfortable and at home.”

Tyson’s strong leadership and eager personality made him a prime candidate and got him the career he’s always wanted. The thing he’s most proud of, however, is being the beacon of hope others needed. Congratulations, Tyson! 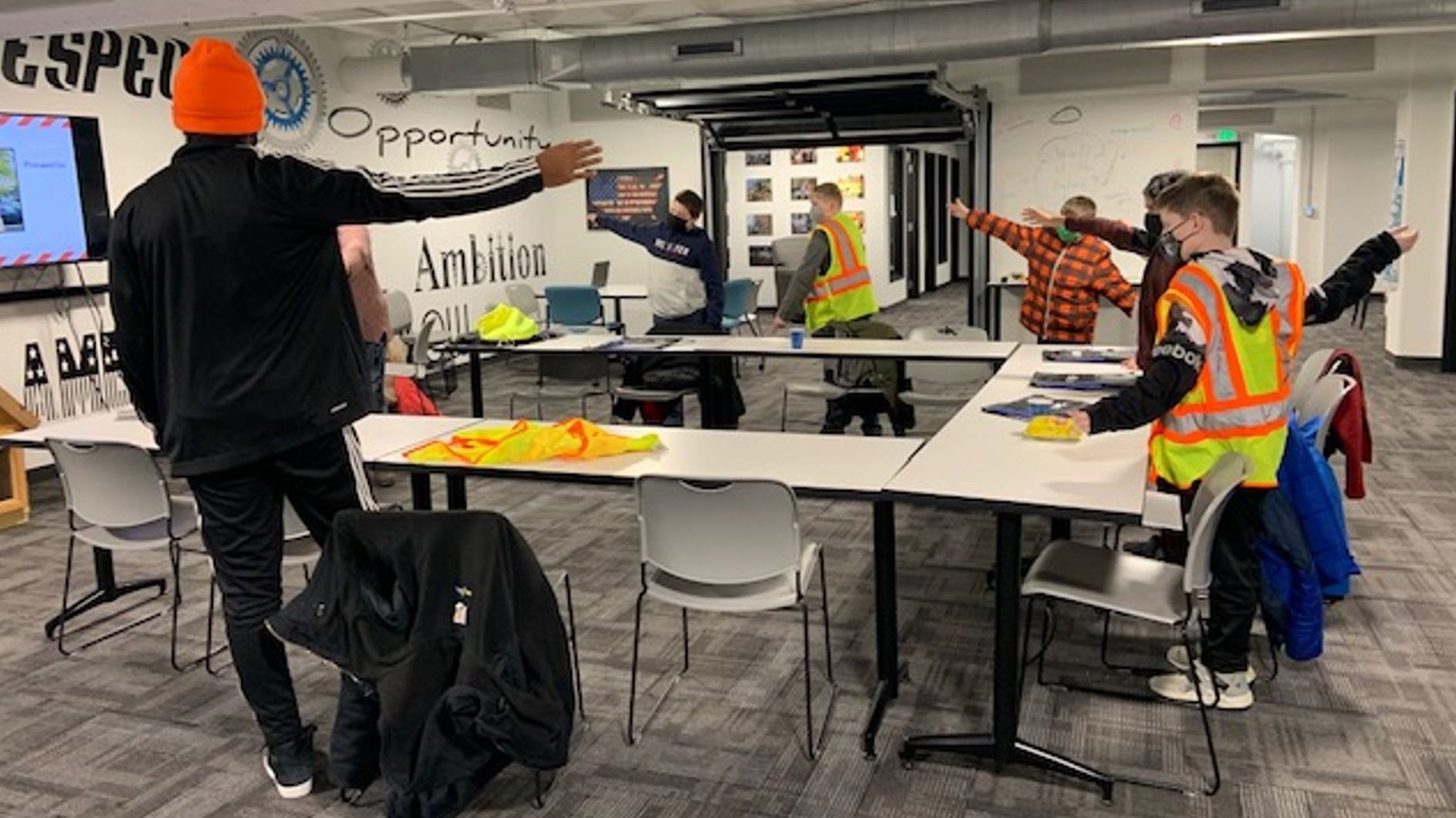